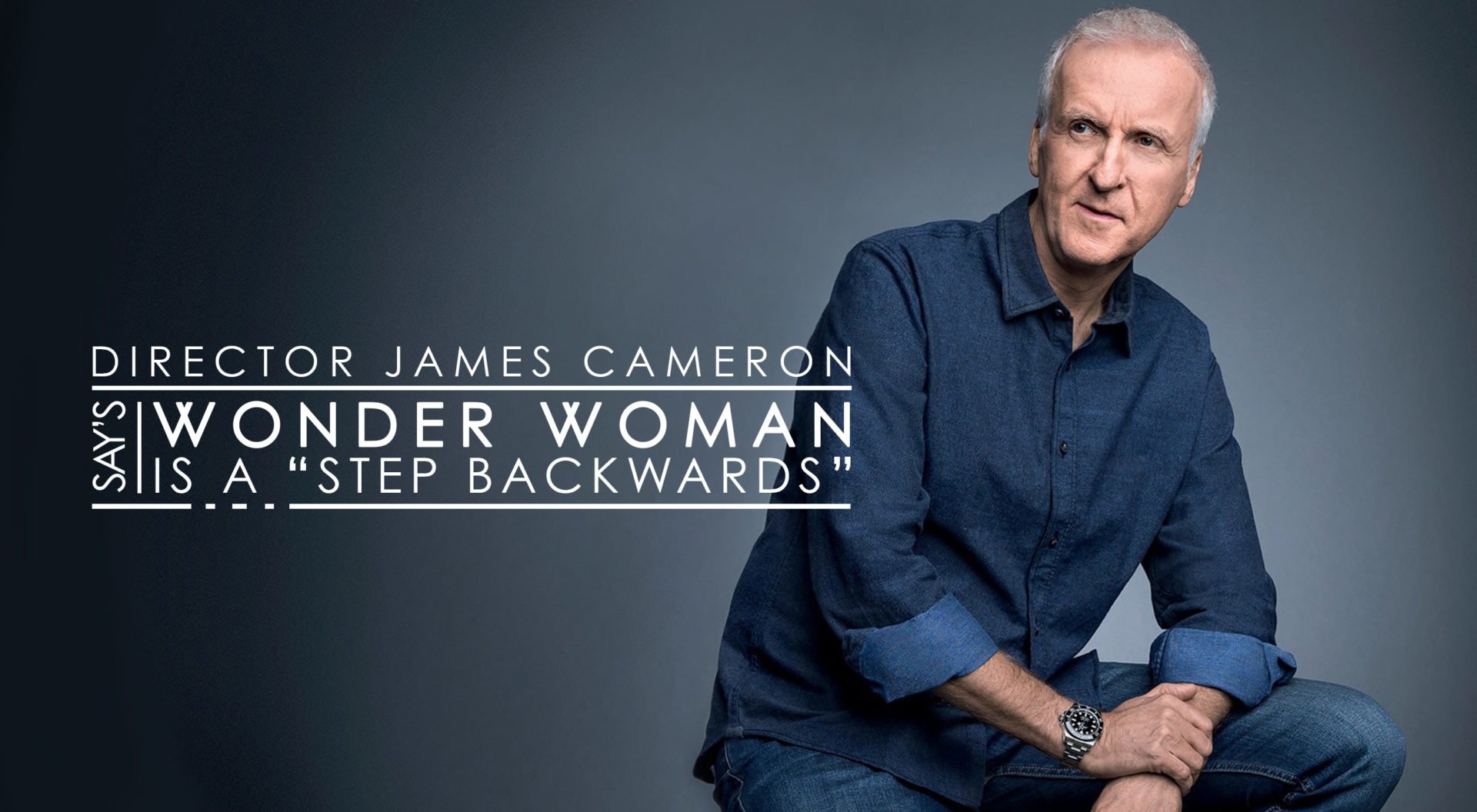 Filmmaker James Cameron (TITANIC, TERMINATOR 2, ALIENS and AVATAR) is no stranger to stirring up controversy. The Director who’s getting ready to start filming four consecutive sequels to AVATAR shared his disapproval of the new WONDER WOMAN, which has been celebrated by many because of its positive portrayal of a strong female lead, especially in a superhero context. “All of the self-congratulatory back-patting Hollywood’s been doing over Wonder Woman has been so misguided” James Cameron told the Guardian. He continued, “She’s an objectified icon, and it’s just male Hollywood doing the same old thing!”

Cameron clarified that he wasn’t saying that he didn’t like the movie, but he clearly believes the character he wrote for the TERMINATOR franchise, Sarah Connor, is a better representation of “strong women.” However, his reasoning for this is baffling and downright troubling.

Cameron’s first point he makes in the interview in favor of Sarah Connor as a character is that she isn’t a “beauty icon,” as if strong inspiring women can’t also be beautiful. He continued that Connor as a character was “strong, she was troubled, she was a terrible mother, and she earned the respect of the audience through pure grit. And to me, [the benefit of characters like Sarah] is so obvious. I mean, half the audience is female!” Cameron, who’s been married five times, clearly has a twisted view of women if he believes a strong representation of a woman is a “troubled” and “terrible mother.” What about truly admirable attributes, like grace, empathy and compassion? In what world is it “respectable” to be a terrible parent? True worthwhile strength lies in one’s character, not in so called “grit.” That’s what appealed to audiences, and allowed it to gross $800 million worldwide.

Cameron implied that he’s a minority in this extreme progressive view of women, stating, “I don’t know. There are many women in power in Hollywood, and they do get to guide and shape what films get made. I can’t account for it. Because how many times do I have to demonstrate the same thing over again? I feel like I’m shouting in a wind tunnel!”

You may have to keep shouting a while longer Mr. Cameron, because audiences seem to have different definitions of the word “strong” than you do. People may have respected Sarah Connor’s tenacity and survival capabilities, but it’s probably safe to say that few would ever want to spend time with a character like that, let alone aspire to be like her in TERMINATOR 2: JUDGMENT DAY.

Update: Patty Jenkins, the Director of WONDER WOMAN had this response to James Cameron, ““But if women have to always be hard, tough and troubled to be strong, and we aren’t free to be multidimensional or celebrate an icon of women everywhere because she is attractive and loving, then we haven’t come very far have we.” Read her full response here.